Objects of the Association

The West Hobart Progress Association prospered for many years to provide a platform for the residents of West Hobart to meet the objects stated above.

Over the years, West Hobart settled down into an established community with close association and representation by the Hobart City Council and the relevant planning schemes.

Owing to the lack of controversial developments planned for the area, interest and membership dwindled. Those few remaining members became the nucleus of the fledgling West Hobart Neighbourhood Watch which started in 1987 as a result of the circulation of the leaflet below to the letterboxes of residents. 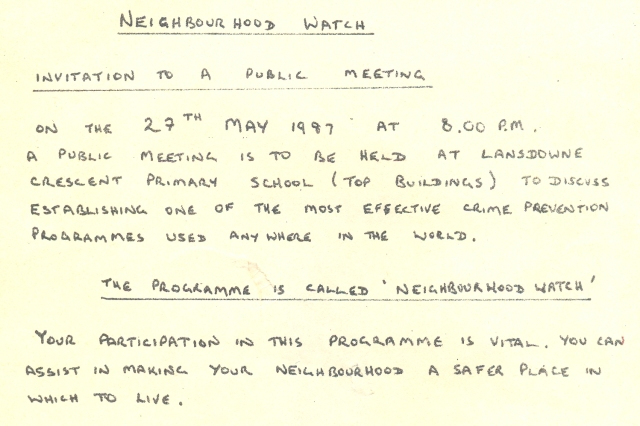